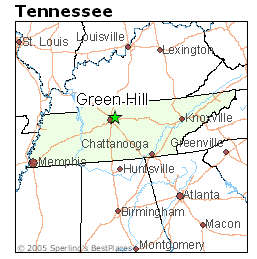 Green Hills TN is an area in Nashville, Tennessee. Although there were some preliminary plans toward making it an incorporated town in the late 1950s and early 1960s, these plans were never completed. Green Hills is located south of downtown Nashville on Hillsboro Road (U.S. Highway 431).

Green Hills is one of the Nashville’s more affluent areas, often chosen by residents who don’t wish a long commute to downtown businesses and three area universities – Vanderbilt, Belmont and Lipscomb Universities (all of which are within a 5-minute drive).

Green Hills is also the home to The Mall at Green Hills, a high-end enclosed shopping center which began as a “strip center” (one of the first two sizable such developments in Nashville) in the early 1950s. Nordstrom and the Apple Store are some of the more recent additions to the mall. Hillsboro Village, with its many interesting shops, is only 3 minutes away.

Green Hills is in many ways a typical development of its era. It is designed for automobile, not pedestrian, traffic and originally consisted primarily of brick-veneer “ranch” style detached houses on large lots (in part due to the presence of subsurface septic sewage disposal systems; sewers were not added until well after the original development). In more recent years there has been considerable “infill” as many of the larger lots and other remaining open spaces have been redivided to become the sites of higher-density developments.

We cover all your landscaping and lawn care needs in Green Hills TN. Give us a call today.